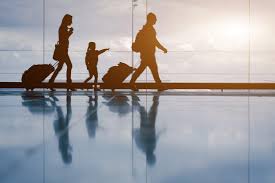 Family mediation is an extrajudicial dispute resolution in order to resolve family disputes, where parties are able to arrange both personal and financial issues, thanks to a neutral third party, namely the Mediator, who assists them to as to reach solutions between them.

Family mediation focuses on the children’s interests, helps parents preserve their cooperation between them, keeps away emotions of bitterness and vengeance, resolves in total family differences and repeals judicial disputes. And this constitutes the main feature that differentiates the family law cases form the rest of the civil and business law case where Mediation might as well be applied.

Former/ separated spouses will end up with original and mutually agreeable solutions, by gaining in this way mutual respect and by avoiding moral exhaustion, anxiety and the grief brought forward when ending up in Court Houses.

The aim of family mediation is to have resolved issues like:
• Custody and maintenance fee of children and spouses
• Communication and in general relations between parents and children
• Split up of property gained during the marriage period
• House changing
• Benefits’ participation claim
• All financial issues deriving from such a separation

All the aforementioned issues are to be decided in a commonly accepted agreement, which the spouses themselves shall construe, within the safety framework that the very essence of this institution provides. The only issue that cannot be resolved through Mediation is the legal recognition of the dissolution of marriage, i.e. the divorce procedure, as well as the judicial questioning of fatherhood/ motherhood of a child. The process of family Mediation which is not the same, nor it resembles the couple counselling , takes place in a neutral environment, without any third parties present, and usually within a day, and by having present the lawyers of both sides, in a way that any legal danger is excluded. If parties reach an agreement, this might as well be proclaimed, immediately and without any further delay, valid as if it were a court decision