Kenya: Africa and beyond. New and Aspiring Business Ways. 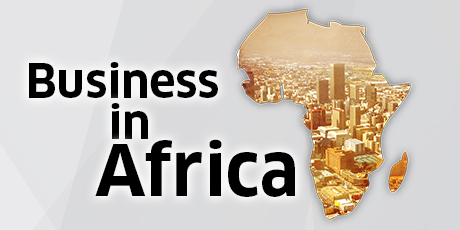 As per the Kenya Companies Act 2015 the following types of company formation need to be pinpointed and further analyzed:

Private limited liability company: the most common and popular among company formations within the State of Kenya, both among national and non-national investors and entrepreneurs who wish to get actively involved in commercial activities of practically any sort; This is probably the most appropriate legal entity type for small and medium size enterprises.

Public limited company: a type of company in principle preferred by investors who wish to establish sizeable corporations within the sovereign state of Kenya with the ultimate intention to have them enter the Nairobi Stock Exchange Market.

Limited liability partnership: a common entrepreneurial type for self-employed but skilled professionals who work-wise wish to go the extra mile by establishing a partnership suitable to their likings and expectations.
+
Branch: the most usual company formation for large non-national entities who wish to get involved in the entrepreneurial life of Kenya
Representative Offices: a more flexible and more active way of establishing an entity of the sort that shall allow foreign banking institutions to find their way in Kenya instead of following the alternative – also available – way of applying directly to the Central Bank of Kenya.

Pros and Cons
A Kenyan Limited Liability Company needs just a single shareholder and just a single director in order to be establishes, while at the same time no minimum capital of any sort has to be deposited, presented or proven anyhow or before any competent office or authority.
In order to have an official tax number issued, the interested parties need not to present themselves before any competent office or authority; After a month’s time the official tax number is properly issued.

A corporate bank account may be properly opened without any actual presence of the ultimate beneficiaries involved therein; The said bank account is of multiple currencies, while it can also be controlled and supervised via internet within 4 weeks’ time.

The country’s official language is English, thus communication is in principle guaranteed and to that respect easy.

The country is positioned at the crossroads of eastern and central Africa, while the Mombassa Port is indeed the largest in the whole region
Infrastructure in terms of airports, trains, ports and national highways is excellent, while there are also further and more elaborate improvements under way, such as the port of Lamu and the port of Naivasha.

Kenya is a galloping emerging economy having a growth percentage of practically 5.8%, not only for this present year, but also until the end of the decade. An additional factot that needs to be taken into consideration is the growing numbers of its population which is currently estimated to 42.000.000.

The country forms part of both Common Market for Eastern and Southern Africa (COMESA) facilitating in this way the free trade within at least 20 member-states, while, on top of that, Kenya is also the proud member of the East African Community (EAC)a customs union eliminating any duty imposed on goods and tariffs among its member states.

Elaborating a little further on Kenya’s interaction with other neighboring countries of the surrounding area, it is to be noted that with the participation of Uganda, Burundi, Rwanda and Tanzania they have established the East African Court of Justice intended to deal with issues emerging from trade relations among these specific member states of Africa.

Moving further along to a different issue, and in terms of investment with regards to the manufacturing industry, it has to be noted that certain policies have been implemented providing for:
• seven Export Processing Zones (EPZ), offering to export-oriented foreign companies exemption from corporate income tax by withholding tax up to ten years and exemption from VAT and customs import duty and stamp duty indefinitely;
• any company registered within any EPZ is allowed to operate with a single license. In addition, there is the Kenya Export Processing Zones Authority appointed to fast track EPZ projects, while also ensuring approval of the necessary aforementioned license within 30 days’ time;
• EPZ companies are also allowed to sell their wares within EAC after having complied with all legal tax procedures for up to 20% of the company’s annual output;
• Kenyan EPZ companies are renowned for their excellent infrastructure, their export culture, by providing ample amounts of serviced land, ready factory buildings and office premises of 24-hour security, street lighting and landscaping.

To sum up and conclude accordingly, Kenya constitutes an ideal business destination for entrepreneurs who wish to enter and establish themselves within the African Market, where mobile and internet services are exceptionally cheap, whereas and at the same time the cost for utilities such as water and electricity amount to approx. US 40 per month.

Also, bear in mind that an upper-class office space of the sort for high caliber corporations does not cost more than US 12 per sqm.
With regards to manpower, Kenya is an ideal entrepreneurial opportunity given that one of the country’s two official languages happens to be English, which in actual numbers equals to an estimated 80% of the population who are able to have a decent conversation in everyday English.
Additionally, labour “cost” is worth mentioning given that the average wage amounts to approx. US 600, especially if it is taken into consideration the fact that these are skilled workers and employees who are also computer literate at a percentage of 74% of the whole population.
To recap, we have already signaled the updated available infrastructure in terms of ports, airports and highways, while at the same time one should not omit to mention that in terms of logistics and distribution, a number of advantages are also of importance as for instance exemption from a number of import tariffs and corporate taxation, or the 0% taxation on dividends. In a few words, opting for Kenya is the best entrepreneurial choice one could make in case it is decided that Africa should be the focus point of a corporation’s strategy.