Romania is one of those countries one seems to forget about until something brings his / her attention to it.

After having remained under the political influence and patronage of the Soviet Union for more than 50 years and after having experienced the regime of one of the world history’s most absurd leaders, Romania entered the NATO Alliance in 2004 and the EU in 2007, marking a new era in all fields of politics, finance and social perceptions.

Bucharest is the city’s capital, a unique city which is also treated in a unique way due to the fact that its administrative formation does not resemble any of the rest of the countries regions.
A city of more than 2.000.000 inhabitants, Bucharest has been facing a constant growth rate these last ten years by becoming as expected the country’s economic powerhouse.

It is the epicenter of the country’s focus on European and global markets, especially on this year 2019, which coincided with the country’s EU Presidency, from January to June 2019. Romania as a whole and Bucharest as such have been making a great effort these last few years to leave their worrisome past behind and while making the most of their inheritance, given that this a population that identifies itself as Eastern Christian Orthodox and at the same time as epigones of Roman Emperor Trajan, to turn to new forms of economic activity by investing in services but also in more traditional industries like that of the automobile, consistently striving to achieve market economy by also consolidating invariably democracy and the rule of law.

OIKONOMAKIS CHRISTOS GLOBAL LAW FIRM has made a firm decision to invest in this city and the potential it brings with it; our Assignors can rest assured that in the wider region of what used to be unchartered territory for global investors, it now lays a solid partner of legal expertise, bearing a specific market approach. Thanks to our world class Romanian solicitors we are considered one of the most trusted international law firms in Romania.

Photos from our law office at Bucharest Romania: 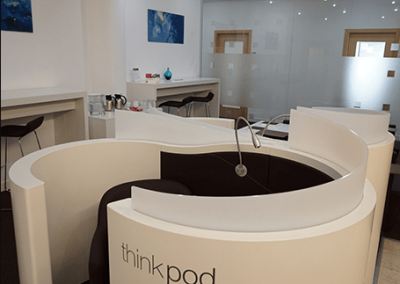