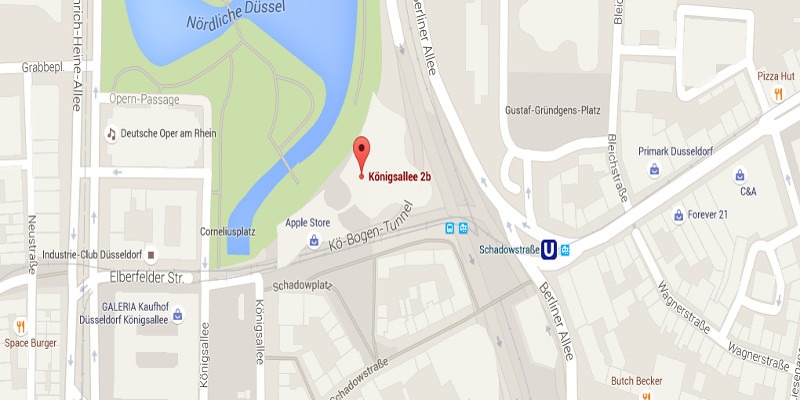 A small village on the bank of river Rhine that turned in one of the most beautiful cities of the Federal Republic of Germany.

Bearing a population of more than 600.000 people, the city is full of monuments, open grounds and public squares; however, it is mostly renowned for its famous Academy of Painting.

Düsseldorf constitutes an example of a city of constant growth, thus it is now considered to be a principal industrial and banking center not only of the Rhine-Westphalian region but of the whole of Europe.

It is considered to be as one of the most vibrant telecommunication centers in the country, while it is also the seat or the European seat of companies involved in fashion, retail, cosmetics just to name a few; it is also the homeland of the much-respected Handelsblatt a leading worldwide newspaper.

A notable feature of the city relevant both to its financial flourishment and to its global appeal is that Dusseldorf hosts the third biggest Japanese Community in Europe (lagging behind London and Paris).

The choice of Düsseldorf as a place of focus for OIKONOMAKIS CHRISTOS GLOBAL LAW FIRM has not been neither random nor accidental; on the contrary, it has been a well-thought decision given that our goal is to have offices and points of reference where actual developments take place, by being able to make the most of all relevant factors that could assist our Assignors’ goals on a global scale and in the long run. Thanks to our world class german solicitors we are considered one of the best international law firms in Germany, Dusseldorf.

Office photos from our law firm in Dusseldorf Germany: