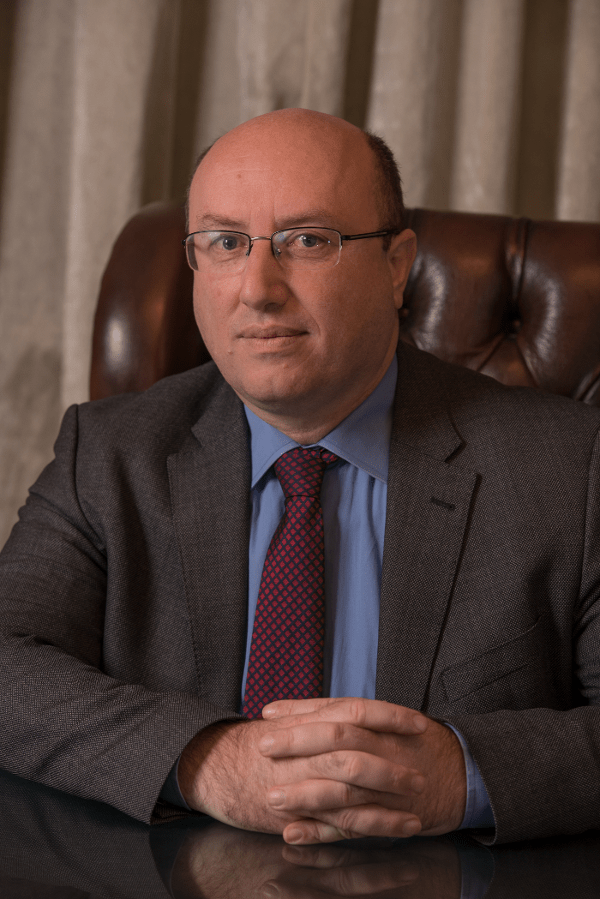 Ηe is a European Lawyer and practices law in:

He speaks Greek and English.

In 30/07/1988 he was admitted to the Law School of the National and Kapodistrian University of Athens Greece, from which he graduated. From March 1994 to May 1995 he worked in the Preliminary Examination Office of the Greek Army (during his military service), where he was acquainted with the state bureaucracy and the disciplined structure of the Military Law and Practice.

In 29/07/1997 he was admitted to Piraeus Court of Common Pleas and joined Piraeus Bar Association (Registration Number 2517).

He is an Accredited Mediator (Ministry of Justice, Transparency and Human Rights of Greece).

The first decade he practiced the Law as a defender and as a assignee in Political, Criminal and Administrative disputes, believing that a lawyer gets expertized after serving all the aspects of Law.

The current decade as a lawyer in Greece, Germany, Bulgaria, Romania, Cyprus and France, he practices law, dealing with the management and the quality control of his Partners’ and Associates’ performance, as a Legal advisor – concerning Corporate, International Business, Trade and Maritime issues – and through selective demanding trials.

I am so grateful for your kindness and your support not only on the professional but on the human level as well! I had never imagined that I would experience such difficult, complex and stressful situation. Although, you have been so supportive and encouraging to me. I deeply trust your professionalism. Many thanks and appreciation to the entire Law Team for helping me out.

Proper care in my case.

Thank you for your opinion. I feel trust with you on the case!

A big thanks to you and your team!

Prevention and suppression of money laundering activities and financing of terrorism

Legal and regulatory framework According to section 59(1)(a) of the Prevention and Suppression of Money Laundering Activities Laws of 2007 to 2018 (‘the AML/CFT Law’), the Central Bank of Cyprus (‘CBC’) is the competent authority for the enforcement of the provisions...

The Emerging Companies Market (E.C.M.) of the Cyprus Stock Exchange (CSE) is considered as a Multilateral Trading Facility (MTF) according to “the provision of Investment Services, the exercise of investment activities, the operation of regulated markets and other...

Re-Domiciliation of companies to Cyprus

Cyprus is included amongst the jurisdictions which allow re‐domiciliation in and out of Cyprus and has achieved it by enacting an amended Companies law and a set of regulations explaining its practical application. In accordance with the Companies Law Cap. 113, by...

Studying in Germany: an overview.

More than often it is coined as the powerhouse of EU, the country that leads not just the economy and economics of Europe, but also a point of reference when it comes to credibility and efficiency. Germany has been the role model for a number of countries even though...

BANKING INSTITUTIONS IN GREECE: opening a bank account as a fundamental step of growth and as tangible evidence of supporting a country.

Operation of EU and non-EU Tourist Offices in Greece.

The legal framework that regulates the operation of tourist offices in Greece is reflected on the provisions of law 393/1976 on “Establishing and Operating Tourist Offices” (Official Gazette Α' 199) and the way it has been formulated after the amendments that have...