The (in)constitutionality of electronic auctions and their judicial challenge. 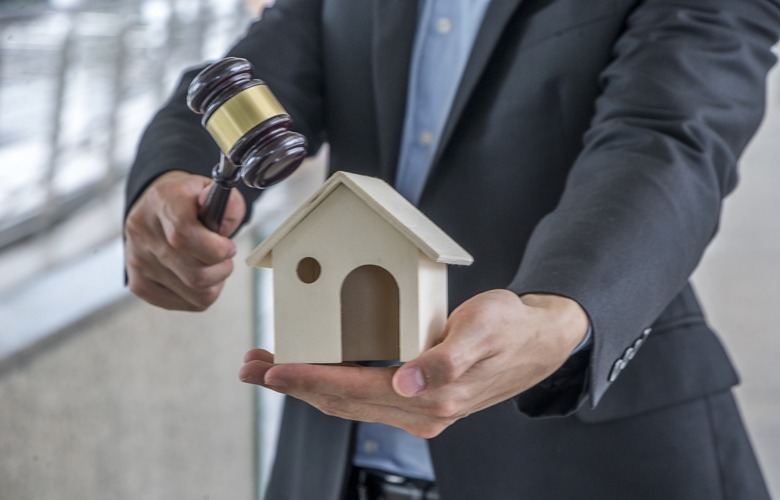 Electronic auctions occur according to article 959 CPC in combination with court decision under nr. 41756/ 2017 of the Ministry of Justice, while for the interested party to be informed on the auction procedure-to-be and to be in general notified he/ she has:

Any third visitor wishes to follow the process or the outcome of the auction (in which he/ she does not wish to participate, nor is he/ she part of as a creditor) he/she is banished and does not take note of the procedure, by being limited only to the relevant announcement regarding the auction, while in addition the debtor himself/ herself does not take note of the outcome either, nor of the whole procedure as such (given that there is limited access , whereas and according to the provisions of article 959 CPC this data shall be made public only to candidate bidders), while at the same time no participation whatsoever is provided regarding the auction to whomever was notified on it in two days’ time  after the certification deadline (two working days before the actual day of auction), regardless of whether he/ she was inclined to bid or not (not increasing in such way the auction proceeds).

The relevant compulsory execution process constitutes a form of lawful protection as provided for by the Greek Constitution (art. 20 and 93 par. 2) and ECHR (art. 67 par. 1), and as a result the procedure as such, as well as the legal provisions providing for that process, has to be in accordance and not in contradiction to the constitutional requirements of the principles of publicity, transparency, competition, the right of information and legality.

Furthermore, the procedure beforehand, the very compulsory auction as such and the main procedure, happen to be public law agreements in essence, and as a result they have to be in accordance to the aforementioned constitutional requirements and not infringing them.

As it has been already analyzed, both the information of the coming auction procedure as well as the procedure of compulsory electronic auction that have been provided for and organized according to the provision of article 959 CPC and the under nr. 41756/ 2017 decision of Minister of Justice are accessible only to a certain group of people and, as a result the principle of publicity is infringed which provides for direct information on incidents, while at the same time the occurrence of a physical auction, public and open to all, is out of the question, as well as the right to information, given that only a certain group of people are to be informed on the coming auction procedure.

The inadequate publicity of the auction procedure makes impossible the participation of more candidate bidders and the realization of larger auction proceeds for the creditors’ sake and that of the debtor against whom it is executed (see V. Vathrakokilis, Civil Procedural Code, vol. E’ art. 998, page 242).

The exclusion of everyone from the possibility of on-time information and free appearance in the process of an auction, as well as the related participation to it, in case they do not become aware  of it at an early point, it supersedes the limitation of free competition and leads to the participation of the applicant of the proceedings, having as a usual result the successful bid of the executables to the him/ her, (especially if the applicant is a Banking institution) at the first bidding price, without actually having in place an agreeable effort to seek for larger auction proceeds, and without having in place the transparency principle of the procedure.

In the end, the executable auction:

As a result of the aforementioned, the following happen to be unconstitutional as opposed to the principles of publicity, transparency, freedom of information and free competition: