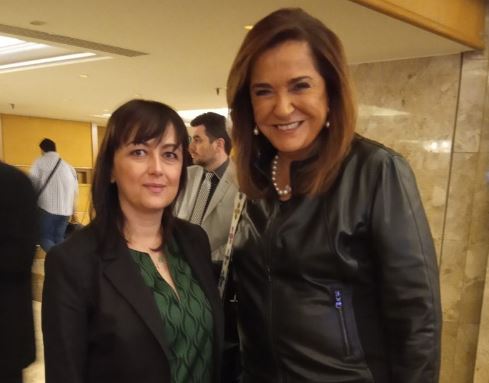 At the the dinner they attended  various  representatives from business and political world such as Adonis Georgiadis   (Minister of Development and Investment),  Voridis Makis  (Minister for Rural Development and Food), the deputy of New  Democracy Bakoyanni Dora, the Ambassador of Germany and many other significant personalities. Main speaker of the Reception  was the President  of the Federal Intelligence Service, Dr Bruno Kahl.

In the photo above Mrs Kokkoraki Maria, General Director at Oikonomakis Christos Global Law Firm next to the Deputy of New  Democracy Bakoyanni Dora.