Thomas Cook – Hoteliers and Travelling Agents – Involved Parties: The Solution in Courts, the Negotiation Process, the Mediation Process and Suggestions to Institutionally and Substantially Enhance the affected Corporations 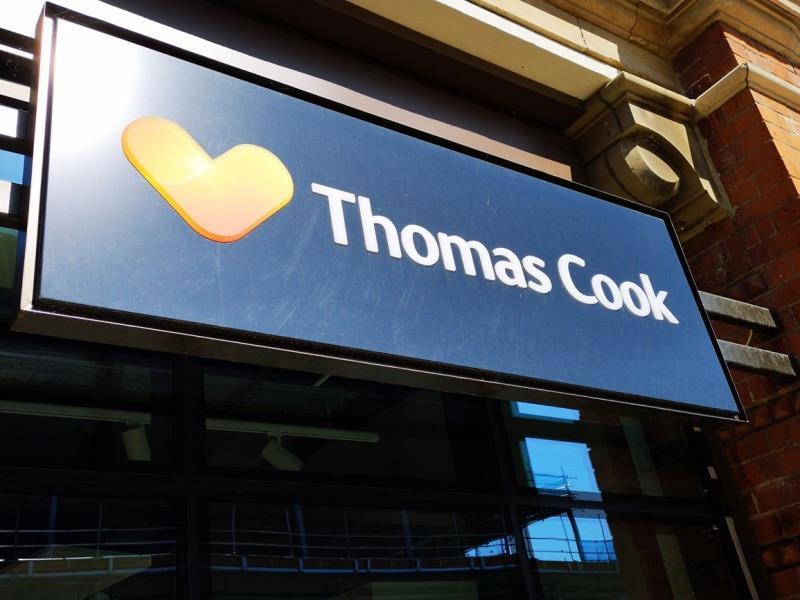 Do you belong in any such category that treats the issue as urgent? Have your interests been in the spotlight mainly in Greece, Cyprus, Germany or Bulgaria? Act along with our Firm and find us at office@oikonomakislaw.com

Please do consider the following in relation to the matter at hand:

THE DAMAGES CAUSED BY THOMAS COOK TO HOTELIERS AND TOURIST OPERATORS IN GREECE, TO THE GREEK BANKING SYSTEM AND TO THE GREEK ECONOMY

Thomas Cook had been doing business in Greece by working  at least with 459 hotels 4 of which are self-owned, while the largest amount of turnover had been taking place in Crete, Rhodes, Kos, Corfu, Zakynthos, Skiathos etc.

According to the Institute of Tourist Investigations and Predictions that conducted a research on behalf of the Chamber of Hoteliers in Greece:

According to a Moody’s report the bankruptcy of Thomas Cook:

It is thus noted that the Bank of Piraeus has proceeded in a reassuring announcement on the impact of Thomas Cook downfall, noting that it maintains an open line of funding through joint ventures of Thomas Cook (towards two subsidiaries of Thomas Cook, namely Helios and Sunwick), of a total of 40 million Euros of which 22 mil have already been used, by setting a pledge in stocks and properties (in particular two hotels in Rhodes and Kos that belong to companies whose shares have been put in pledge)

However it is the short term future planning that it will display the downfall of Thomas Cook regarding the whole of the Greek Banks, and as a result of the damage suffered by the companies in Greece whose losses must be estimated at about 2,5 bil Euros: the most important note is that these companies have already been funded by Greek Banks, while most of them had already had difficulty in responding to their obligations, all these eventually leading to a huge blow which shall leave no Bank immune!

This whole troublesome event shall lead unequivocally to a certain pressure to businessmen, by also effecting in the most negative of ways the Greek market and economy

THE DAMAGES CAUSED BY THOMAS COOK TO HOTELIERS AND TOURIST OPERATORS IN CYPRUS, TO CYPRIOT BANKS AND TO THE CYPRIOT ECONOMY IN GENERAL

According to the annual report issued by the Thomas Cook Group of Companies, it currently possesses:

In the year 2019 it represented 4.1% of the total passengers’ movement at the Cypriot airports, and namely and in particular:

According to the Ministry of Tourism of Cyprus:

According to a report by Moody’s the Thomas Cook bankruptcy:

The near future shall display the impact of the Thomas Cook collapse regarding the whole of the Cypriot Banks, as a major outcome of the damages and losses witnessed by companies in Greece which should be estimated at around 500 mil Euros: the majority of these companies have already been funded by the Cypriot Banks, while for the most part they had already been witnessing a difficulty in servicing their loan obligations, thus this last blow shall leave no bank immune!

The injury suffered by the Banks shall undoubtedly lead to further pressure on the indebted business world, by having an even more negative impact on the Cypriot market and economy.

THE DAMAGES THOMAS COOK BROUGHT TO THE GERMAN ECONOMY

The bankruptcy of Thomas Cook as such (the main entity) has caused similar problems to Germany and to the following subsidiaries of it:

The German Union of Independent Tourist Brokers – VUSR has been predicting a cost regarding the repatriation and compensation to tourists of 400 mil Euros, while the Insurance Fund related to tourists and the like retains a safety net of merely 110 mil Euros!

DAMAGES CAUSED BY THOMAS COOK TO THE BULGARIAN ECONOMY

The losses shall be evolving around the sum of 50 mil Euros in terms of the tourist industry in Bulgaria, while hotels in Bulgaria shall probably be declared bankrupt since it has now become impossible to abide to the agreements regarding the summer period of the year 2020

Thomas Cook has been declared bankrupt for debts of about 1,7 bil pounds

Despite the above, nearly 22.600.000 Euros had been given in the form of salaries and the like during the last 5 years to managing members of Thomas Cook, despite the fears already expressed on a possible collapse of the travelling colossus

The Swiss Mr. Peter Fankhauser has received a sum of 8,3 mil pounds since he got into position in 2014, of which only in 2015 he received a bonus of 2,9 mil pounds

Mr. Michael Healy and Mr. Bill Scott –in charge of Financial Services – have received a total amount of seven million pounds each since 2014

The Belgian Mr. Frank Meysman – one of the Managers – has received 1,6 million pounds

The rest of the Managers have received 2,4 million pounds

During the same five-year period the Greek Organization For Tourism has quadrupled its financial expenditure on advertising alongside Thomas Cook, by ultimately spending a sum of 4,5 mil Euros, in particular:

In December 2018 the then financial executive officer of Thomas Cook resigned, due to the “profit warning” heads up (notice provided to the investors regarding inability to achieve pre-scheduled income) to the Stock market of London, having as a result the even greater downfall of its share price (after a succession of 10 consecutive years of negative flows)

Thomas Cook has been presenting in its official balance sheets intangible property values of 1, 98 bil pounds, which represent 40% of its total assets

The aforementioned estimate of all intangible property values (e.g. Intellectual property rights, trademarks, licenses, patent rights, software, knowhow etc.) has been certified by Auditors, in a way that the auditing company has produced a well-balanced certificate (even though with certain reservations regarding the future profits of Thomas Cook)

What is the actual value of the intangible properties of Thomas Cook today (in particular, only after certain months since the estimation of 1, 96 bil Pounds worth)? Does it so happen that it is now downsized and it is even on a decrease downfall?

What is the most common way and trick to settle the overall accounting picture of balance sheets? Does it form part of the inflation of intangible properties?

What is the role of the Financial Reporting Council (FRC), i.e. The competent Board that currently overviews auditors of all companies? Shall it lead to a cover-up report and of that of possible fraud, or everything shall be rendered lawful?

The provision of bank loans by the Thomas Cook Group has boosted entrepreneurship or has it led numerous companies to a certain way of working with it, by constituting them naïve in terms of financial data, and even more so, misled by the overall atmosphere it created in the markets?

Is it true that throughout June 2019 Thomas Cook had been negotiating and had practically agreed with the Chinese Fosun International in order to sell its tourist branch (namely the tourist operator one) in all of Europe and was it true and real the content of the announcement of the Thomas Cook Management of 28-08-2019 that Fosun would pay a sum of 450 million pounds in order to get 75% of the tour operator business and 25% of the same-name air corporation of charter flights, and what was the true essence of the openly-announced negotiations of September 2019 with the major investors (Invesco, possessor of 19%, Standard Life Investments of 10% and the Chinese tycoon and former Fosun President, Guo Guangchang of 7, 03%) regarding the buy-out from Fosun?

Why did the British Government and all the relevant authorities not approve the procedure and not provide the much appraised loan?

Where did that money of 1.5 billion Euros get spent that Thomas Cook had previously received from its customers, the same period that Thomas Cook refused to pay its obligations towards hoteliers and Tourist Managers?

Were that the case, was it random, out of context, unchartered, incidental, or should it be considered not as a possible downfall of the company, but as a scheduled collapse in a way that the waves of the ship-wreck would take over and effect numerous businessmen and businesses all over the world (Hoteliers and Tourist Managers), and only part of that same ship-wreck would be merely stroking creditor banks?

Are there any responsibilities among the Competent State Authorities?

Is there a fault or any responsibility at all for those banks that had been lending hotel businesses and/ or tourist operator businesses even though they had been aware of the fact the main customer was Thomas Cook , that was on the verge of bankruptcy, and what sort of criteria had they used in order to evaluate it, and what kind of conclusions had they reached in order to have it suspended in a viable way?